Republican voters in the upcoming Maryland primary have a daunting task when it comes to making a choice in the U.S. Senate race. The announcement that long-time Democratic Senator Barbara Mikulski was not seeking reelection has brought a tide of candidates on both the Democratic and Republican sides. But for the GOP, the choice is from a list of 14 candidates, none of whom have state-wide recognition. The candidates, in alphabetical order, are:

Some elected officials in Southern Maryland have announced their support for Szeliga, who is a delegate in the Maryland General Assembly. She made one of her campaign announcements in Leonardtown. See The BayNet story at http://www.thebaynet.com/articles/1115/localdelegatestoutcolleagueforussenate.html

Chaffee is the only candidate from Southern Maryland. He says he is an independent candidate running outside the GOP party establishment. (Editor’s Note: The Bay Net will have a separate story about Chafee’s candidacy).

The Bay Net sent emails to all of the candidates to the addresses supplied to the Maryland Board of Elections inviting their participation is answering four submitted questions. Only four of the candidates responded. The following are their responses:

The BayNet —    Question # 1: Why are you running for the position? 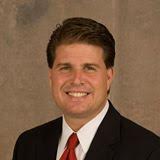 Joseph Hooe — I am running for Maryland’s open United States Senate seat because I have a plan that will generate up to $80 billion annually without raising taxes or cutting services while strengthening our borders and protecting our national security. These funds can then be used to address our infrastructure needs at home and fight terrorism abroad

Chrys Kefalas — Entrenched politicians have failed our state and country. I’m running because I have the leadership and experience, in business and government, to create jobs, improve the economy and to strengthen our national defense.

Lynn Richardson — I am applying for the job of U.S. Senator because we are facing a lot of very big problems such as our health care issues, national security and unsustainable government spending on itself and entitlement programs. Many talk about the problems and what they might do to solve them, but few step up to take it on.  Regular people, such as myself, can have good ideas about what to do next, but no one is listening to us.  I will listen.

Kathy Szeliga — People ask me why I’m running and I tell them one reason: Her name is Avery. After she was born 15 months ago, I couldn’t stop asking myself, ‘What kind of world are we leaving for our children and grandchildren?’ Rather than complaining, I decided I needed to do exactly what I have been doing in Annapolis as a State House Delegate and roll up my sleeves and bring some real change to Washington DC.

The BayNet – Question # 2: Tell us about yourself including your qualifications for the office.

Hooe — I am a lifetime Maryland resident, a husband and father, a past volunteer firefighter, and a longtime political activist who grew up working in a family business, graduated from the Johns Hopkins University and at the same time worked to create and enlarge a successful small business. I’m also very active in my community. I fought the Maglev train and won: I fought CSX Transportation on Capitol Hill and won; I fought Goodyear over copyright infringement and won. I’ve been recognized as a “Knight in Shining Armor” by the University of Maryland Baltimore’s Office of External Affairs, I’ve served as a Past Trustee for my neighborhood’s Improvement Association and I’ve served as a Political Liaison for the Finnish Government’s Foreign Affairs Committee. I have developed a domestic as well as international community of political friends, some of whom are elected to and serve in the EU parliament, the Maryland state house and various county, local and city governments.

Kefalas — Like Governor Hogan, my story has deep ties to Maryland, to business and to the Ehrlich Administration, with historic achievements that prepare me to lead in the U.S. Senate and to put the people of Maryland first. I grew up in East Baltimore, in the family restaurant business, learning from my earliest days about the importance of hard work and perseverance–and how to meet a payroll and grow a business. I was the youngest attorney ever to serve as Deputy Legal Counsel to the Governor of Maryland, under Bob Ehrlich. At the U.S. Justice Department, I represented taxpayers in hundreds of important cases and even crafted some of the U.S. Attorney General’s groundbreaking positions on individual liberty and criminal justice reform. Most recently, as a key executive with the National Association of Manufacturers, the largest manufacturing association in the United States, I charted a course for strengthening manufacturing in Maryland and America. With a long history of success, I know what it takes to build opportunity, create jobs and give a voice to small businesses and the middle class.

Richardson — I am a small business owner, having built my advertising, marketing and commercial photography business by myself.  I work with many kinds of businesses- from one person consulting firms to larger corporations, union and non-union, high tech and low tech companies.  I love my job, and because of the diversity of the clients, I have learned so much about many types of businesses and the challenges they face.  It is my job to define the issue, formulate a plan and execute the solution to meet the goals of the client. I do it well. These particular talents would lend themselves to work in office.

Szeliga — I am a wife, a mother, a grandmother, a former teacher, a Maryland small business owner and a leader in Annapolis. I have been working side-by-side with Governor Larry Hogan to bring change to Maryland, including eliminating the Rain Tax and reducing tolls and taxes. Now I want to bring that same change to Washington, DC through common sense, pro-business reforms. In my current role, I am the highest ranking Republican woman in the state of Maryland. I was born in Baltimore and currently reside in Baltimore County.

The BayNet —  Question #3: What about you differentiates you from the other candidates?

Hooe — I believe that our border needs to be secure for a variety of reasons; however, I personally do not think that it is realistic or cost effective to deport 12 million illegal immigrants. That’s why I am proposing an Immigrant Pay-To-Work program (IPTWP) that will require all 12 million illegal immigrant workers in America to purchase an annual temporary right to work for $1,000. In addition, their employers will be required to purchase a blanket hiring permit. We will require a fingerprint, physical address and a background check. If the temporary immigrant worker meets all of the minimum security and safety standards, we will allow them to work and pay their fair share of taxes. This program will raise up to $80 billion dollars per year for our Federal Government and nearly $1 billion per year for Maryland. If the illegal immigrants do not comply with our law, then they will be deported and never allowed to return. I am the only candidate running for Senate that has a detailed plan to improve our immigration policy and raise revenue without raising taxes.

Kefalas – I’m the only Republican candidate for U.S. Senate who knows how to increase manufacturing in Maryland and can win in November, defeating possibly 20 years or more of Chris Van Hollen or Donna Edwards in the senate. I can bring principled conservative leadership to Washington for Maryland. Like Governor Hogan, my business background and leadership, crossing the political aisle, empowers me to increase Republican voter turnout and secure enough Democratic and Independent votes–without sacrificing my principles–to win.

Richardson — I have the freshest of perspectives on solving the matters before us, as I have not been in the political arena before.  Sometimes the simplest answers are the best-even if the problem is not an easy one. I would take my 30+ years of business and communication skills to work on the other 99 percent of the U.S. Senate to build consensus and excellent working relationships.

Szeliga — I am the only person in this race who has been working side-by-side with Governor Hogan to bring change to Maryland.

The BayNet —  Question #4: What issues in this election do you think are important to the voters in Southern Maryland?

Hooe — I believe that we have a duty to protect Southern Maryland farmers and the more than 300,000 jobs that Maryland farmers create by continuously working to promote fair tax policies, agricultural rules and employment policies. We also need to address a growing drug problem in Southern Maryland by getting tough on drug dealers and working to rehabilitate addicts by treating them and then training them so that they can be reintroduced into our workforce.

Kefalas — Southern Maryland is an area that has always sought to balance the demands of an ever growing population while at the same time maintaining its rural way of life. The Chesapeake Bay as well as the Potomac and the Patuxent are vital not only to Southern Maryland’s culture and its economy but to our entire state. Therefore, it is essential that the federal government defer to the decisions of local officials when it comes to determining who knows what is best for our natural resources. I will fight mandates that seek to hamstring local government and place power instead in the hands of Washington bureaucrats. I believe that government should be a partner and not an impediment to the people of Maryland and their local elected officials. Two of our major local employers are Patuxent Naval Air Station and Indian Head. They must remain open and fully funded. Job opportunities must continue to grow both “inside and outside the fence” at these two installations. I will work alongside the local governments to attract jobs, manufacturing and other industries so that our young people can find a future that awaits them “at home” when they finish school. Our children should not be forced to move away from family and friends to seek opportunities elsewhere. I will also fight to secure funding for the replacement of the Harry Nice Bridge in Charles County and encourage a federal transportation system that anticipates the needs of its citizens and not one which is slow to react, if it even acts at all. As a son of Maryland, who will never forget where he comes from, and a longtime colleague of Governor Hogan, if I’m elected to the U.S. Senate, Southern Maryland will have an advocate at the Federal level who knows his way around Washington and a Senator who will fight for ALL of Maryland.

Richardson — While I have some idea that jobs and the economy are important issues to voters in Southern Maryland, I would want to hear from them directly, rather than guess. It is not what I think that matters, but it is what the citizens of Maryland think that is most important.

Szeliga — If there is one thing that both Republicans and Democrats can agree on, it’s that Washington is broken. The career politicians and Washington insiders have stopped working for the people they are supposed to represent. Instead are only working to increase their own power and wealth. Meanwhile, Maryland families are suffering. If we want real change in Washington, we can’t send another career politician or DC insider to fix it – they’re the ones that made the mess.  Career politicians are a part of the problem. I am a part of the solution.